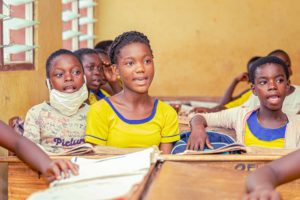 With the publication of new mandate letters to the members of the Federal Cabinet, the Trudeau Government builds on the directions and goals previously stated in the Speech from the Throne by detailing specific directives to each Minister on the priorities of their individual portfolios.

As expected, the priority of Harjit Sajjan as Canada’s newest Minister for International Development is to support developing countries in their fight against COVID-19, including supporting their health systems and economic recovery. Emphasis is placed on Canada’s global vaccine commitment “by donating at least 200 million vaccine doses to vulnerable populations around the world through COVAX by the end of 2022 and providing additional funding for enhanced testing and vaccine production capacity in developing countries.”

This challenge and the outstanding priority of addressing gender equality will be taken up as part of the continued implementation of the Feminist International Assistance Policy (FIAP). Women and girls are disproportionately bearing the consequences of the pandemic given that they are already socioeconomically marginalized in many societies and so it’s of particular note to recognize that Sajjan’s mandated pathway to the empowerment of women and girls is “specifically through education”.

This is an important and welcome detail from the mandate, aligning with civil society calls for greater Canadian investments in the education sector and the request to elevate the issue to become a top foreign aid policy priority. If delivered, it would also underpin the direction to Minister Sajjan to “to build on Canada’s historic support for education”.

Canada has in fact long championed education as both a means to an end and as an end unto itself.  Post 2000 with the world simultaneously signing onto the global frameworks of Education for All and the Millennium Development Goals, Canada introduced its Action Plan on Basic Education, doubling its investment and support for the objectives of access to, and completion of primary education; improved quality; and the elimination of gender disparities.  As host of the G8 at Kananaskis in 2002 Canada helped lead the G8 education task-force, and then co-hosted along with the Netherlands a process to establish the “Education for All Fast Track Initiative” (EFA-FTI). Today the EFA-FTI has morphed into the Global Partnership for Education, the world’s largest global fund solely dedicated to transforming education in lower-income countries.

More recently in the hosting of the G7 in Charlevoix in 2018, Canada brought about a standout signature success on the education front with the prioritization of gender equality and the mobilization of $3.8 billion to educate poor girls in conflict zones and the rebuilding of their communities.

Today, with less than 10 years left to address the latest global development framework, the Sustainable Development Goals (SDG’s), we welcome once again the prospect of ongoing leadership by Canada in the education sector. The opportunity in this regard is the newly announced G7 Declaration, Girls Education: The Heart of COVID-19 Recovery and Unlocking Agenda 2030, which calls for 40 million more girls in school and importantly, 20 million more girls reading by age 10.

The reading goal is a hugely important objective given that the SDG’s call for universal secondary school completion. Equipping children with the foundational learning skills of literacy and numeracy gives them the needed leg up to succeed and stay in school and to look forward to healthy, productive lives for themselves and their families.  As quoted by the G7 Gender Equality Advisory Committee, “While six years of schooling alone is estimated to reduce child mortality by 22 percent, six years of schooling that results in literacy is estimated to reduce child mortality by 68 percent.”

Critically, Canada’s investments in the education sector should focus on improving learning outcomes for young people and should be grounded in evidence-based decision-making starting with the achievement of foundational literacy and numeracy (FLN).  FLN is the gateway skill, opening the door to achievement across the curriculum and to developing higher order cognitive skills such as critical thinking and problem solving. There is simply no leapfrogging over FLN to achieve the SDG 4 goal of 12 years of quality schooling without FLN. If students do not gain basic literacy skills, they drop out or at best finish their primary school education as illiterates.

Scott Walter is the Executive Director of CODE, an international development agency focused on advancing children’s literacy and quality education in some of the world’s regions of greatest need. He is additionally Deputy Chair of the Global Book Alliance.