“Indigenous language revitalization is a powerful goal that elevates the important link between language, development, and reconciliation.”

Ottawa, December 9, 2019 — To celebrate and to honour the United Nations International Year of Indigenous Languages, CODE is proud to announce the shortlist for the new Indigenous language award for young adult fiction. This is part of the CODE Burt Award for First Nations, Inuit, and Métis Young Adult Literature. 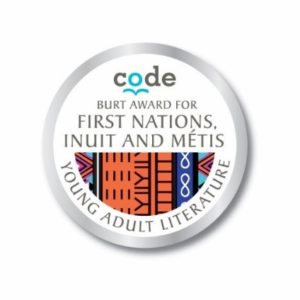 This is the first-ever Indigenous language award for young adult literature in Canada. The shortlisted titles in alphabetical order include:

The English language shortlisted titles in alphabetical order are:

For more details and our contact information please check out our press release.