CODE celebrates and encourage the production of exceptional works of culturally-relevant literature for young adults, and delivers winning titles into the hands of young readers.

The CODE Burt Award, to me, is a superb example of witnessing and supporting and celebrating the Reclaiming happening now in Indigenous communities through literature. I am so grateful for all of the great work CODE is doing for the authors, publishers and communities — who are writing and publishing in indigenous languages –  it is affirming.”   – Richard Van Camp, author 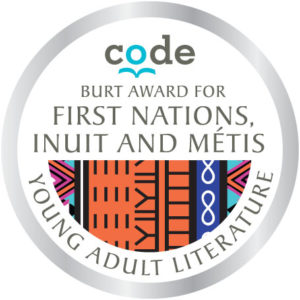 Since 2012 we have honoured, celebrated and supported 21 Indigenous authors, who have personally engaged 1,200 indigenous youth. Winning book titles have made it into the eager hands of Indigenous youth and teachers through the distribution of 45,000 books to over 800 schools, libraries and Friendship Centers in every province and territory in Canada.

See All Past Winning Titles

The CODE Burt Award has historically also issued awards in Africa and the Caribbean.

I cannot put into words the opportunities you have handed me in respect to using these novels in my instruction duties. Wela’lin/thank you for the priceless gift of Aboriginal Literature.” – Brenda Jeddore, Se’t A’newey School, Newfoundland and Labrador

Any cookies that may not be particularly necessary for the website to function and is used specifically to collect user personal data via analytics, ads, other embedded contents are termed as non-necessary cookies. It is mandatory to procure user consent prior to running these cookies on your website.